Minneapolis -- June 23, 2018 -- Kipsu is thrilled to announce its number one ranking on Star Tribune’s Top 150 Workplaces in Minnesota in the “Top Small Employers” category. Kipsu also received an additional award for “Communication Excellence”. This was the first time Kipsu participated in the program.

In the spirit of the award, employees are asked to fill out an anonymous survey to shed light on the inner workings of their company. Honest feedback is highly encouraged on a variety of topics such as leadership, culture, values, compensation and benefits, and career trajectory opportunities to name a few. The companies that have the best overall score after analysis receive a coveted spot on the list.

This prestigious list is celebrating its 9th year of highlighting stand out companies in Minnesota. For two years running, Minnesota has boasted the highest participation out of more than 40 other Top Workplace programs across the United States. The independent research and analysis is done by a company called Energage, who reached out to 2,412 employers in Minnesota this year. 361 of those companies chose to participate, collecting surveys from over 72,000 employees across the state.

Victoria Schanen, Kipsu’s VP of Talent, credits the team's dedication and culture as a major contributor to why Kipsu received the highest score in its category. “Building a company where our talented team members want to plant their roots and then seeing them thrive is beyond rewarding - it’s an honor. And what’s great about our culture at Kipsu is that it’s led by those on our team. They share their interests and passions and help implement practices and traditions. If companies had an “Organic” labeling system, Kipsu would proudly sport one!”

Kipsu is honored with its number one ranking among these esteemed business leaders. However, living out one of its core values, “Never be Satisfied”, Kipsu is already investigating constructive strategies to continue being one of the best places to work in the years to come.

Headquartered in downtown Minneapolis, The Star Tribune is the fifth-largest Sunday and sixth-largest daily circulation paper in the country. 2018 marks the ninth year it has partnered with Energage to determine the 150 Best Places to Work list in Minnesota.

Kipsu, the pioneer in the category of Real-Time Engagement, enables service leaders around the globe to connect with consumers and guests in-the-moment through digital messaging channels like SMS texting, in-app solutions, and more. Kipsu has over 50,000 users and has processed nearly 100 million messages. Kipsu currently operates in over 30 countries at more than 1,600 locations in markets such as hospitality, retail, higher education, transit, facilities management, and more. 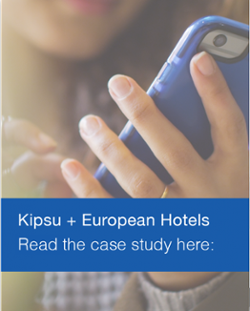 email Have questions, enquiries or feedback? Email us at media@kipsu.com